I have never ever enjoyed summer, & August, even less.

It is too hot ; I hate this still heat, made heavier by the general slow pace of the social & business life.

Spending holidays at the seaside ? On a beach ? Are you mad ?

No, thanks. I can’t stand spending hours suntanning, being spread with sand, sweating on a noisy beach, a beach that kids have invaded. Kids screaming & running on a beach : no problem per se, this is kids’ job. I can’t stand the smell of French fries or sunscreen. No, actually, what I hate is the surrounding vulgarity, as if the beach was the place where everyone is supposed & expected to forget one’s good manners.

Why not, but again, the burning heat & the boiling sun (or the contrary) are my worst enemies.

Hiking ? Why not, but walking under the hot summer sun, sweating to reach the summit, not finding any shadow, no thanks.

Horseflies, wasps, mosquitoes… whether on a beach or in the mountains, are not my best friends. At all.

What I love, is hiding from the sun & waiting the sunset to go out. 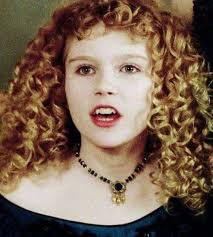 I will never repeat it enough : I am fond of gloomy & rainy weather, that make you feel like cuddling with a book & some tea.

Maybe I should move to the Higlands or to Iceland ! 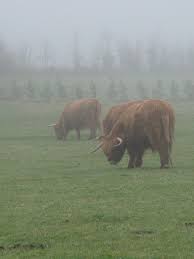 So, you must have understood that I have never, never liked August & its endless languor – until September & fall. Ah, fall, definitely my favorite season !

But now I know that August means the end of summer & transition to fall.

This offseason begins on July 27th. Then, fall will begin on August the 7th (or the 15th, depending on calendars). Yessss ! Fall does not begin on September 20th !!

On August 1st, the pagan festival of Lughnasadh/Lammas sets the tone.

According to Wikipedia, Lughnasadh means « Lug’s assembly », Lug being the king-god, prominent god of the celtic mythology. He is considered to be the father of creation. Lughnasadh would honor the king-god as the redistributor of wealth and equity or fairness, under the authority of the druids. It was a military truce celebrating peace, friendship, abundance & prosperity in the kingdom. It gathered the 3 groups of the celtic society (priests, warriors & craftsmen).

Lughnasadh is the first festival devoted to harvest, before the fall equinox (Mabon, around September 20th), & Samhain (or Halloween), from October 31st to November 1st. It celebrates the first harvest.

The first harvest often assumes a sacred aspect, whether it is agricultural or as the first results of a project.

Why ? Because it means other fruits will come, & that we will be sheltered from hunger during the cold & dark season.

These first fruits are the first signs of a project, a sheer idea come to life.

It is thus the perfect time to express our gratitude since life goes on, & will go on even during the harsh winter, & our joy to see the first rewards of our efforts.

If we are honest, we must often acknowledge that our efforts will pay only if we have received some help, even though we don’t realize this when it comes. For this support too, it is the time to be grateful.

It is a reminder of our true dependence on earth. Our feeling of independence is an illusion : our civilization is really vulnerable.

It is the right time to express our gratitude to Nature in our daily life, & to Beauty that surrounds us, even in urban areas.

It is the perfect month to enjoy sunsets & falling stars, & long evenings outside.

What are the signs that summer is ending with fall not having begun yet ? The sun is still hot during the day, but it sets earlier, & rises later. Its light is whiter, less bright.

It is a time when end & beginning overlap.

The first squashes are on the markets, side to side with peaches & watermelons.

It is the time for country festivals (that often have turned to money-sucking places, alas !)

This undefined time of the year is conducive to testing new things, new ways, but also to thinking, introspection, & reconnection. Slowing down in August is typical of France, & can be the perfect opportunity to take time to think about one’s life. Transition in Nature is as well transitions in our lives. It can’t be avoided, goes gradually but brings us to a completely new place.

As weird as it may sound, celebrating life through harvests (life of earth & life of human beings during winter) is the perfect opportunity to honor the dead.

Harvesting means killing the plants that will feed us, that our life depends on.

Moreover, however our ancestors have helped or not helped us, they are part of our history & have influence on our personal lives.

By the way, in China & Japan, there are Days of the Dead in August. This time is called O-Bon in Japan, & Hungry Ghost Festival in China. A buddhist festival that honors the ancestors’ souls. The gates of Hell open to allow every ghost to receive food & beverages.

Mr Wikipedia : according to a tradition, it is the time when souls are released from Hells, where they are kept prisoners because they are not worshipped, or souls that can’t find peace because they died a violent way or because of misbehavior.  These « orphan souls & wild ghosts » are given comforting meals & rituals to be released. This ghosts’ month is considered as dangerous. Indeed, not only wild ghosts can play evil tricks, but their nature – too « yin » – is dangerous for the living ones’ health. That’s why, traditionally, risky activities & places are avoided, as well as important events (weddings, movings, and so on).

(source: japan-actu) The festival of lanterns in Japan

In Greco-Roman Antiquity, August was the month when anger, aggression, & desires were magnified by heat.

Heat waves are common in July & August. The phrase « dog-days » has been used since Greco-Roman Antiquity. What is the link between heat & dogs ?

Its brightest star is Sirius (it is like a medal around the neck of the dog). The Roman writer Varro (116-27 BC) used to name it « Canicula » or Little Bitch (female dog). In Europe, between July 24th & August 24th, Sirius rises at the same time as the Sun. That’s why it was believed that the appearance of this star provoked heat waves. Do you now understand the phrase « dog-days » ? Note : in French, a heat wave is called « canicule », from Canicula or Sirius.

In ancient Rome, the beginning of this time of the year was celebrated by the festival of Neptunalia (July 24th) & the end, by the festival of Vulcania (August 24th). Since the appearance of Sirius in the summer sky meant – according to ancient Romans – heat related diseases & dog howls, red dogs were immolated to ward off Sirius’ supposed harmful influence on harvests. Red as the sun.

These poor dogs & bitches had of course nothing to do with these diseases or bad harvests, but Sirius (Canicula) could be seen in the sky, & these sacrifices pacified the people, even though they failed to lower temperatures.

And think of August storms : they lower the atmospheric pressure, & everyone feels lighter after one.

And maybe letting-go & vulgarity, so common at the seaside, are only our inner animal that tries to hide in our daily life…

Then, how can we celebrate Lammas/Lughnasadh ?

This festival atmosphere reminds of the summer solstice as much as of the fall equinox. Warm colors, such as yellow, orange, are welcome. Greens are darker, yellow hues nearly orange.

The sunflower was the flower for Midsummer, marigold is the perfect flower for Lughnasadh.

The first squashes are side by side with peaches, figs & hazelnuts…

What can we read ?

But, since this end of summer is also a time when Nature is generous, why not picking oolongs such as Mi Lang Xian, with yellow fruit flavors, & a beautiful golden hue…

… &, last but not least, keep using china & glass teaware : they are light & clear, or white, & they evoke a cooler weather so much dreamt upon in August.

I have to go, my kettle is whistling, & my book is calling…