We are in the second part of summer, its decreasing half. Uh ?

Yes ! We are past the longest day of the year, the summer solstice, also called « Midsummer ».

Maybe the diagram below will help you better understand :

In other words, if one follows the Chinese energetic calendar shown above, summer began on May 6th, 6 weeks ago, and will end in 6 weeks. I wrote about this in a post about Beltane.

To be more precise :

We are at the time of the year when the opening of time and light couldn’t be larger.

After the solstice, imperceptibly, and even though we still have several weeks before darkness reigns again, light begins to wane.

This is pure logic : when one is at the top, one can only go down. It happens on a hike. And it happens to natural phenomena, too (think : hurricanes).

As a result : on June 22nd, the second half of summer begins, and it will lead us to fall, to the cold and dark season. But. But. It will not happen tomorrow : if you look at the energetic calendar (top of the post), you can see that summer will end around July 27th. It will then be followed by the « offseason » (18 days), before fall actually begins on August 15th.

But we are not there yet !! No need to gather raincoats, sweaters and umbrellas immediately : it is the time to enjoy the second half of summer ! Everyone takes his or her swimming suit and sunglasses !

I says « decreasing » because of the decreasing length of the day, every single day, a minute a day, as of June 22nd.

I says « decreasing » because Nature displays darker shades of green (no pun intended, please !). Heat and a blazing sun make it numb. Spring’s light green, such a stimulating color, is gone. Everything encourages us to let ourselves be carried by the heat, and to live at a slower pace during the hottest hours.

Let’s go back to the summer solstice !

A universal celebration, in space as much as in time, it proves that the sun has been worshipped everywhere and for centuries. Even nowadays, while we are so cut off from Nature, summer is eagerly awaited.

Some ways to celebrate the longest day of the year : 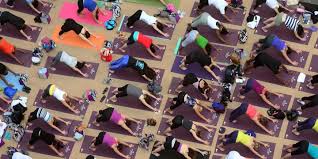 So, it doesn’t matter that one lives summer from June 21st to September 20th, or from May 6th to August 6th : the longest day of the year is a very important day.

It is no longer the time to thinking or plan (projects, gardening…), it is the time to do and make. The time for action !!

Enjoy this second half of summer as much (or even more !) than the first one.

Take advantage of the huuuuuge energy given by solar light, store it (and get a nice tan).

Whatever you do, please be careful NOT TO BOTHER fairies and other elves around us. They can turn pretty naughty when offended.

What combos tea/text/cup for this second part of summer ?

You can use the ones suggested for Beltane (May Day), which is, after all, the beginning of summer.

Green teas are still perfect for this time of the year, thanks to their cooling effect, and especially mint tea. It is THE one tea most drunk in hot countries such as Maghreb (Algeria, Tunisia, Morocco) and the Sahara desert.

Combining some stimulating mint, strong and astringent gunpowder tea leaves, with sugar that gives you a boost, it is the perfect recipe to survive the hottest days.

But what is gunpowder ? It is very bitter green tea, shaped in tiny beads, hence its name. It is almost exclusively used for mint tea (see picture below). I tried to drink it alone… waaaaay too bitter ! It needs some soothening friends : fresh mint (if possible, or dried), and sugar (if you really feel like it, which I don’t).

Put 1 tsp gunpowder and a few mint leaves in a small teapot.

Rinse the tea and mint leaves with hot BUT NOT BOILING water (it would make tea horribly bitter).

Pour in small heat resistant glasses, with an up and down movement to aerate the tea.

Please, don’t use your great-grandmother’s crystal glasses, unless you absolutely need a good reason to buy a new set. Even in such a case, it would be better to sell them.

Thick glasses such as the ones by the French brand Duralex (no ad here, just some personal tests) are perfect, but, of course, Moroccan style glasses are even better to create an Oriental-style atmosphere. (I don’t have any, but if you lack ideas for Christmas…)

I say it again : it is my personal recipe, not the traditional one. I don’t add any sugar, I brew it very shortly, it is really cooling, even when drunk hot. Don’t you believe me ? Try it !

If, like many people, you are getting ready for vacation, put some books in your suitcase that you don’t have time or energy to read while working.

Avoiding waste doesn’t mean one can’t have fun. On the contrary, isn’t it fun not to fill trash cans with empty bottles, greasy aluminium foil, dirty plastic, disposable straws, whether your own (less work !) or the ones on the picnic areas ?

Very different, Outlaws of the Marsh, by Shi Nai’an, a classical Chinese novel. Fights, battles, drinking (a lot of wine is drunk !!!), feasting… Many movies have been inspired by this book ! 108 outlaws gather to fight and overthrow corrupt and iniquitous rulers.

I will stop here. To be honest, I don’t like hot weather, I am afraid of storms, and I am not inspired by summer. I prefer cold, rain, fog, snow (when I am at home, not when I have to drive) : fall and winter.

I would love to hibernate in summer, just like I would during the coldest days of winter.

Actually, I think I don’t like still seasons, when everything is frozen by very low or very high temperatures…

I have to go, my kettle is whistling and my book is calling…